With support from the Mellon Foundation, SSHRC, and at the University of Toronto, the Centre for Medieval Studies, the Office of the Vice President, Research, UTM, and the Jackman Humanities Institute, we are involved in several digital humanities initiatives including:

The Book and the Silk Roads is a joint project between the Centre for Medieval Studies––PIs Alex Gillespie and Suzanne Akbari––and Information Technology Services in University of Toronto Libraries––PI Sian Meikle. Our project aims to address two interrelated questions:

How can comparative codicology—the examination of the materials and structures of manuscripts—challenge the Eurocentrism of so many efforts to write the history of the book?

Can book history—the study of knowledge transmission in media that change over time—serve as the underpinning for a more ambitious project that describes connections between parts of the premodern world by describing the technology of the codex?

With new physical evidence, the CMS-ITS project team proposes to challenge a too-familiar history of the book in which Gutenberg’s moveable type and our own era’s digital communication technologies are the natural outcomes of a triumphant tradition of Western ingenuity that begins with the antique Greek and Roman adoption of the phonetic alphabet and Christian Rome’s invention of the codex. The story we will tell is both richer and more complex. Using non-destructive scientific methods to mine details from surviving books—especially the binding structures used to turn books from parts into wholes—and combining these discoveries with historical research, we can trace the book’s development through a mix of local experiment and innovation and the transnational exchange of ideas, material, and craft practices. A global approach to premodern book history can transform the story of human communication technology by revealing the networks of relationships—as well as the more complex technological and material entanglements—that knit together our premodern world.

An increasing number of scholars and students use digitized medieval manuscripts to carry out their  work. Their needs are the same as those working with physical manuscripts: they want to compare pages, take notes, describe quires, leaves and booklets using collation diagrams, and discuss their findings with other scholars. To that end, University of Toronto Libraries and the Centre for Medieval Studies’ Old Books New Science Lab have partnered to undertake a project––“Digital Tools for Manuscript Study” ––funded by the Andrew W. Mellon Foundation. Our project, which is grounded in the research practices of manuscript scholars, seeks to simplify digital manuscript research by making manuscript images themselves much easier to use. We aim to create useful and long-lasting tools that improve researchers’ experience working with digitized books. 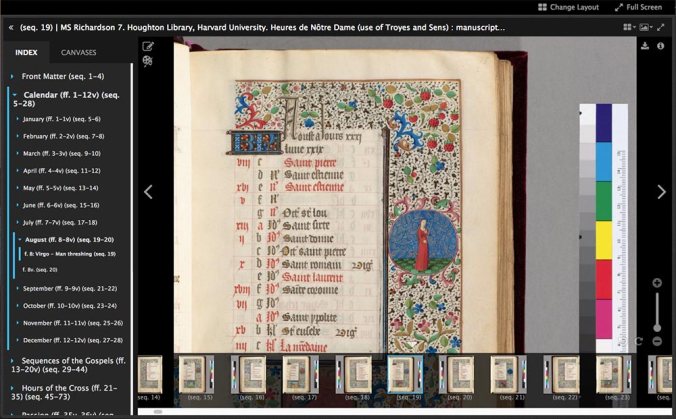 Conducted under the supervision of Professor Alexandra Gillespie, a group of undergraduate and graduate students engaged in the development of an edutainment video game built around the issues and questions raised by the transition of archival research into the digital environment. 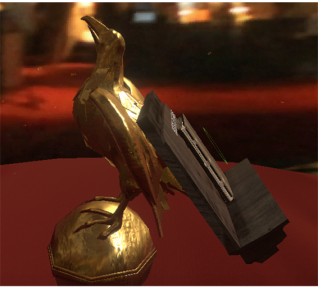 From the website: “Margaret Atwood has written and donated a new Canterbury Tale to the Thomas Fisher Rare Book Library, which is in the process of digitizing its major collections for online libraries. During an experimental test-run of the digitization algorithm on Atwood’s archives, a hacker group––working with the digitized consciousness of Geoffrey Chaucer’s close friend and retroactive nemesis John Gower––injects a virus into the program that deletes all records of the Atwood Tale from the Fisher while copying and scattering fragments into other major digital libraries around the world. Gower, enemy of literary transmission and all things authorial, further disrupts the Fisher’s preservation efforts by inserting his own variants of the Atwood Tale into these digital archives to thwart any researcher’s attempt to reconstruct the original text.

Responding to the public’s cry for help, the player is tasked with investigating the crime scene and tracing the digital fingerprints in the Fisher’s archives to discover where Gower has hidden the fragments of the Atwood Tale. Atwood and LeVostreGC appear in the digital archives and function as NPC companions to the player, offering hints and helping to stabilize corrupted text. The player uses a computer terminal inside the Fisher’s reading room to “jack in” to digital libraries around the world and remedy corruptions in their manuscript data. Upon debugging corrupted manuscripts by solving puzzles and completing mini-games, the player acquires fragments of the Atwood Tale that can then be restored to the Fisher’s digital archives and used to reconstruct Atwood’s lost Canterbury Tale.”

This online catalogue allows users to search and browse descriptions of printed books from the Parker collection, with marginal annotations by Matthew Parker and his circle.

For access to this project, email alexandra.gillespie “at” utoronto.ca to arrange a login.

Much like the Parker’s Scribes project, John Stow’s Books allows users to search and browse descriptions of the manuscripts and early printed books the Elizabethan antiquary owned and annotated. We argue Stow’s books are worthy of concentrated study, for what they can tell us about his fascinating career and as a basis for some new ways of thinking about early modern England.

For access to this project, email alexandra.gillespie “at” utoronto.ca to arrange a login. 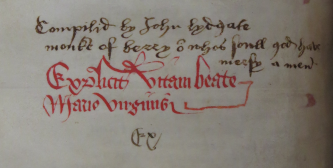 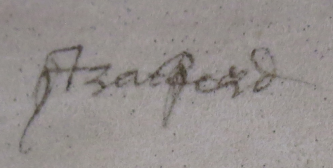