Book history involves some of the most empirical work that takes place in literary studies, but its relationship to empiricism and to other schools of literary analysis is still somewhat under-theorized. Chaucer’s Books offers a new framework for bibliographical inquiry that is based on a reading of Chaucer’s work. I argue that in the space of his literary texts, Chaucer explores ideas about experiential versus abstract knowledge that are familiar to him from medieval philosophy, that lie behind modern approaches to facticity, and that shape medieval and modern attitudes to books themselves. 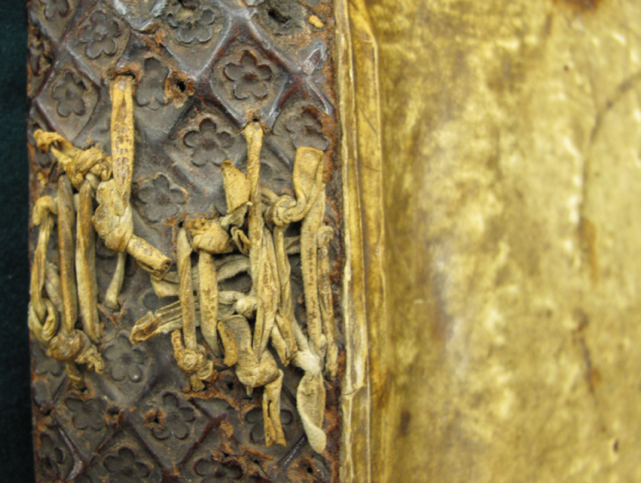 These claims form the basis for the study that follows in two ways. First, I offer some new empirical work on books from Chaucer’s time. Second, I find more abstract answers to questions about the history of the book in his texts: indeed, I suggest those answers are there and are interesting because the book occupies such an important place in Chaucer’s literary epistemology.

Chaucer’s Books begins with a reassessment of the “sixty bokes” that the God of Love imagines Chaucer has in a chest in his chamber in the Legend of Good Women. I treat Love’s estimate seriously––as a good guess at the size of Chaucer’s manuscript collection; and as evidence that books are at the heart of the Legend‘s response to the fact/theory binary that emerges in late medieval Aristotelian science.

The chapters that follow this introduction address five key topics for medieval book history. 1) What do the Canterbury Tales show about the form and the idea of the medieval book? 2) How does manuscript reproduction affect medieval theories of authorship and authors’ fame? 3) How do palaeographers recognize the hand of scribes such as “Adam Scriveyn”? 4) What does Chaucer’s Boece reveal about the cost, price, and/or value of medieval books, in manuscript and print? 5) What evidence of reading is preserved in medieval books––the ones Chaucer handles and snoozes on in his dream visions, and the artefacts made from those texts?

Chaucer’s Books reconsiders the facts of these matters and the idea of them: what books do––and don’t––contribute to our understanding of Chaucer’s historical circumstances and his literary work.

Fifty years ago, the scholar William Ringler described the need for “a checklist of the literary manuscripts that were in [John] Stow’s, possession, with an analysis of his marginalia . . . . If this were done, Stow might appear as the most important preserver and cataloguer of early poetry before Thomas Warton.” It might answer other kinds of inquiry into Stow’s importance––the relevance of his collection to the Elizabethan chronicle tradition; the books that he handled that passed between members of Elizabethan textual communities including the Parker circle; the London manuscripts that underpin his Survey of London; the controversial religious material he owned that attracted the attention of the ecclesiastical authorities.

This SSHRC-funded study has provided such a checklist in digital form. John Stow’s Books https://oldbooksnewscience.library.utoronto.ca/users/login (email alexandra.gillespie “at” utoronto.ca for access) catalogues marginalia from nearly one hundred medieval manuscripts and pre-Reformation printed books annotated, owned, or handled by Stow. I am now working on a book that uses this data to assess the importance of his manuscript collections to the history of Tudor and medieval England.