This is the only medieval binding in New Zealand with a cover made of tawed pigskin rather than calf or sheep (pigskin has a particularly distinctive pattern of hair follicles, larger follicles in groups of three amid a dispersion of very small follicles—see Szirmai, Fig. 9.34 [b]).[1] Pigskin first becomes a common binding material on German books of the fourteenth and fifteenth centuries, and is more common there than on books from other regions.[2]

In this case, the cover is on two flat wooden boards, with slightly beveled edges: the boards are attached to the textblock by three double, tawed supports, which pass over the outer edge of the boards in the typical late medieval style. The cover has a decorative pattern of intersecting triple-blind rules. This book no longer has a chain, or remains of a chain, attached; but there are “marks from a chain hasp at top centre” of the lower board.[3] The manuscript is also interesting because it recycles early manuscript material in the form of binder’s waste, containing in the front a strip of vellum (bound upside-down). Our description here follows that of Manion, Vines, and De Hamel closely, but we can add that we were able to identify the leaves as from a Psalter, with the remains of Psalms 65:9-67:5. 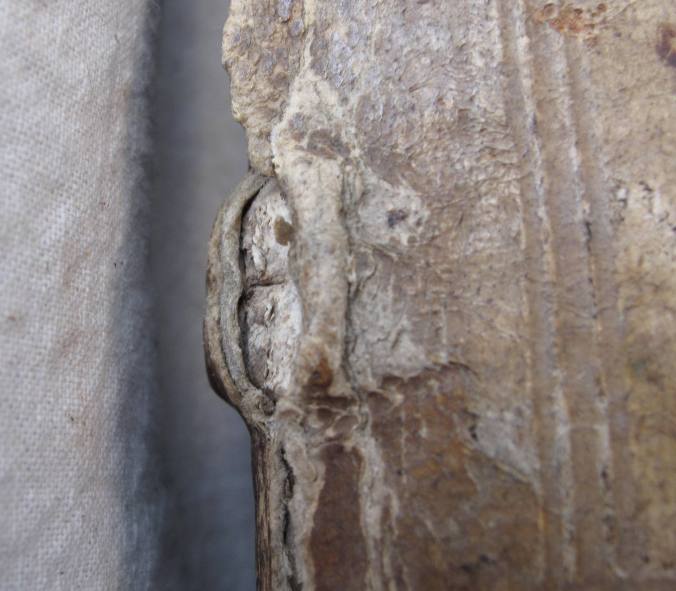 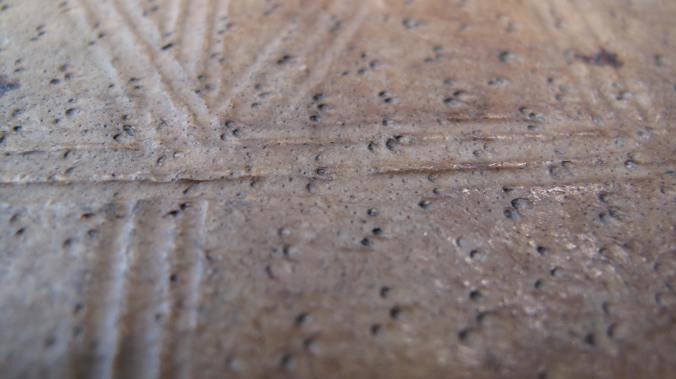 Thanks to Otago University and Selwyn College for permission to reproduce the photographs, and to Donald Kerr, Special Collections.